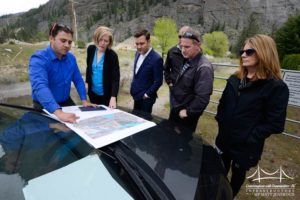 Earlier this year, the Liberal government boasted of their commitment to Canadian municipalities as the reason why they allocated a $2.2-billion “top up” in municipal transfers to fund short-term infrastructure needs.

However, this was not a commitment but rather an admission of the failure of their grand infrastructure plan.

The Liberals pledged $188-billion to improve our infrastructure, spread over a period of 12 years. Since the beginning of their mandate, there have been issues getting money out of Ottawa and to the communities where the funding is needed.

Their Investing in Canada Plan has also failed to meet a single GDP target since the development of the program. Instead, it’s underdelivered for both the economy and in creating jobs, according to a March 2019 report from the Parliamentary Budget Officer.

It took almost three years for the bank to announce its first project, an electric rail system in Montreal. The announcement sounded familiar because the prime minister had already pledged federal funding to it a year prior, in June 2017. The bank recently made its second announcement and pledged $2-billion to expand the GO Transit network in the Greater Toronto Area.

In more than three years, the bank has only announced two projects but has continued to request more money from the government, including $11-million to cover salaries, legal services, and travel.

The bank promises it will make more announcements imminently, but isn’t being transparent with Canadians. Recently, the CEO of the Infrastructure Bank was blocked by Liberal members from appearing before the House Transport and Infrastructure Committee.

It is imperative for the head of a $35-billion corporation that is publicly funded to appear before parliamentary committees when asked. He is accountable to Canadians, who deserve to know where exactly their tax dollars are going.

Rural Economic Development Minister Bernadette Jordan has also been blocked from appearing before the House Transport and Infrastructure Committee. Members have many questions about the status of many rural infrastructure projects, including broadband, but now won’t get answers in this Parliament.

I’ve travelled across Canada and spoken with mayors from across the country. Many have complained about the slow place to get money to the municipalities. In fact, some municipalities have given up applying for funding because the government’s application system is simply too hard to navigate.

The Liberals’ infrastructure plan has fallen way short of expectations. It’s behind schedule and billions of taxpayer dollars have been tied up in a bank that hasn’t delivered for Canadians. As well, our deficit continues to grow despite the Liberals’ plan to run “modest” deficits to fund infrastructure. It’s not doing either.